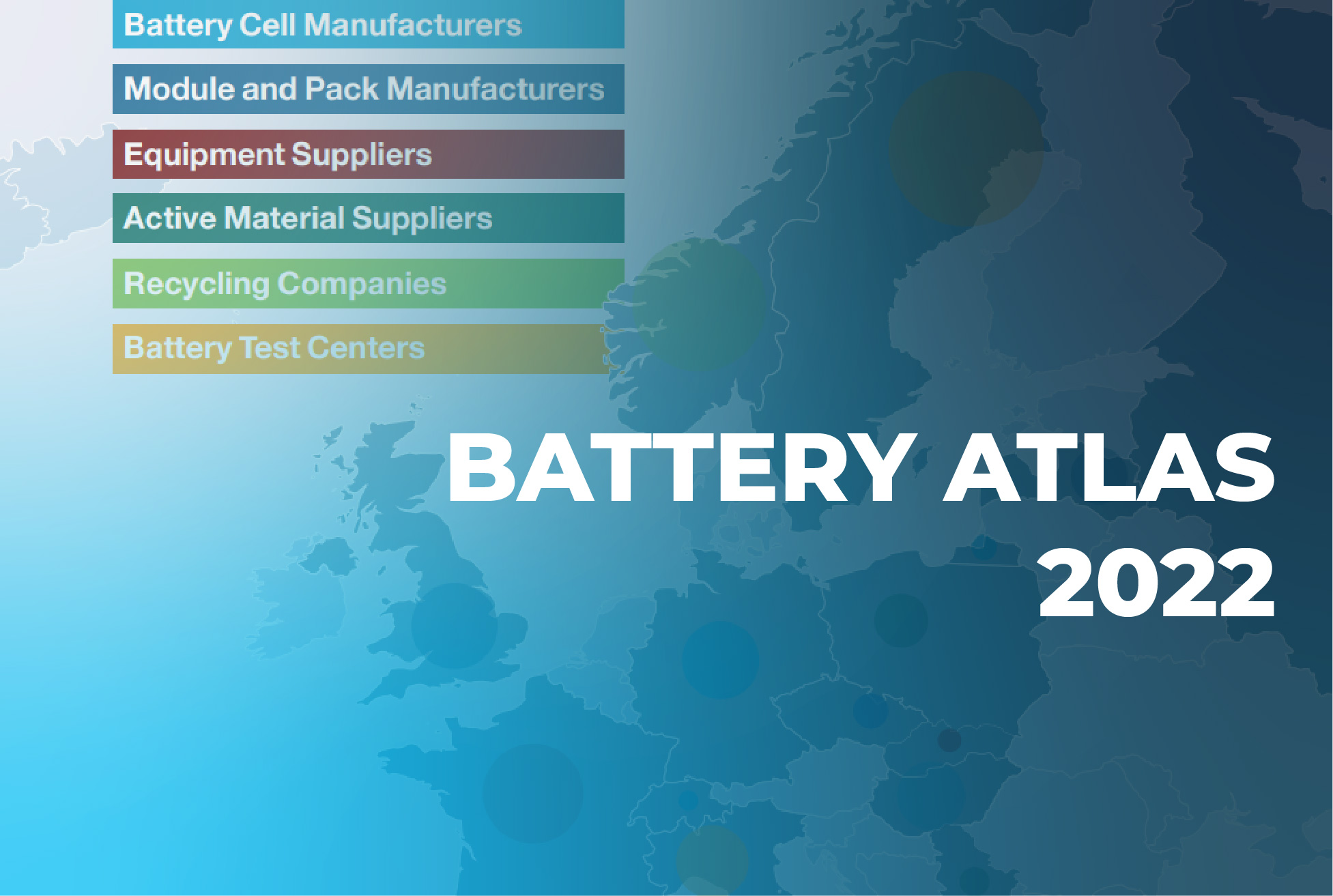 The chair “Production Engineering of E-Mobility Components” (PEM) of RWTH Aachen University has launched the first Europe-wide “Battery Atlas”. The 20-page work, which was created together with the “Battery Production” department of the German Mechanical and Plant Engineering Federation (VDMA), maps the current involvement of cell manufacturers, module and pack producers, suppliers of equipment and battery active material, as well as recycling companies and battery test centers.

“Europe has impressively succeeded in catching up on the knowledge gap in many areas of the lithium-ion battery,” says editor Dr. Heiner Heimes, PEM’s executive chief engineer. “Now it’s a matter of strengthening this position and thus making a major contribution to all those industries that rely on this core component of electroc mobility.” According to the document, there has been a fundamental shift in the trend recently, according to which many companies in Europe did not want to produce their own battery cells. Meanwhile, it is thanks to cell manufacturers that industries such as mechanical and plant engineering are becoming more established in Europe. According to the report, cell, module and pack producers as well as plant manufacturers are benefiting significantly from the emerging local proximity to each other.

“Many companies have recognized that cell production is dependent on stable material supply chains, which can be achieved much better through European locations,” explains Heimes. In addition, he says, the prospect of establishing a closed-loop recycling economy in the medium term is opening up thanks to the increasing number of recycling operations being set up in Europe. “The great hope lies in achieving high recovery rates with efficient recycling processes,” says Heimes. Since numerous companies are currently developing batteries at the same time, resulting in an extremely high testing effort, the “Battery Atlas” also maps current testing capacities. “Often, the demand exceeds the test capacities available on the market,” explains Heimes. The overview map of test centers could therefore contribute to the best possible assessment of availability.

The “Battery Atlas 2022” is available for free download in English. Regular map updates can be found at www.battery-atlas.eu.

The “Production Engineering of E-Mobility Components” (PEM) Chair at RWTH Aachen University was founded in 2014 by “StreetScooter” co-inventor Professor Achim Kampker. In seven research groups, the team is dedicated to all aspects of the development, production and recycling of battery systems and their components as well as the fuel cell and the production of the electric powertrain and entire vehicle concepts. A total of 76 researchers, 33 technical and administrative staff and more than 130 student assistants are employed at the headquarters in the German-Dutch Avantis industrial park and at other locations – the “eLab” electromobility laboratory on the RWTH Aachen campus, the electric truck research hall in Aachen’s Ostviertel district and, soon, the e-motor research site in Cologne. The focus of the PEM team is always on sustainability and cost reduction – with the goal of a seamless “innovation chain” from basic research to large-scale production in the immediate vicinity.